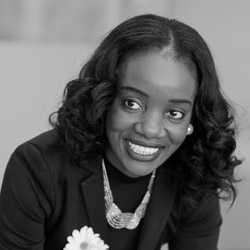 Established in terms of the Communications Act (No. 8 of 2009) on 18 May 2011, CRAN are an independent regulator. CRAN replaced the Namibia Communications Commission which was operational from 1992 until 2008.

Since then, CRAN  has issued 40 telecommunications service licenses, providing a wide variety of services throughout Namibia.

CRAN reached a major milestone when CRAN ensured that 120% mobile penetration rate in the country was reached. CRAN facilitated the extension and digitising of ICT infrastructure, and the introduction of fourth-generation (LTE) technology in Namibia.

CRAN is also working towards the implementation of a study’s results allowing consumers to move from one network to another with ease.

To regulate the ICT and Postal sector for the socio-economic benefit of all Namibians.

CRAN is an independent regulator established under section 4 of the Communications Act (No.8 of 2009) to regulate, supervise and promote the provision of telecommunications services and networks, broadcasting, postal services and the use and allocation of radio spectrum in Namibia. CRAN replaced the previous regulator, the Namibia Communications Commission, which was operational from 1992 until 2008.

Since its inception, CRAN issued 41 telecommunications service licenses, providing a wide array of services throughout Namibia. CRAN also established a firm regulatory framework for the Digital Terrestrial Television (DTT) switchover process and formulated a comprehensive frequency-channelling plan, which other SADC regulators are using to benchmark.

CRAN reached another milestone when it ensured that 120% mobile penetration rate in the country was reached. This was achieved because there is an established regulatory framework that creates an environment that promotes fair competition. CRAN also facilitated the extension and digitising of the ICT infrastructure, and the introduction of the 4th generation (LTE) technology in the country.

CRAN also completed the study on numbering plan and number portability for Namibia. Once implemented, consumers can move from one network to another with ease.

CRAN is governed by a Board of Directors with six members who adhere to the King IV Code and NamCode on Corporate Governance. The Chairperson provides guidance and ensures all decisions taken by the board are in the interest of CRAN and its stakeholders. The Board of Directors are appointed by the Minister of Information Communication and Technology in consultation with the Minister of Public Enterprises. CRAN is led by the Chief Executive Officer, Emilia Nghikembua, who is supported by the following head of departments:

Mrs. Nghikembua joined CRAN in 2011 as a Legal Advisor and was later appointed as Head: Legal Advice in April 2015, a position she occupied until her recent appointment as CRAN’s CEO. She previously worked as a lecturer in the Department of Commercial Law at the University of Namibia. Her overall vision is to create an interface between the law and different spheres of the economy to improve lives. Specific to this mandate, Mrs. Nghikembua aspires to contribute to the formulation of a framework which enables the utilisation of Information Communication Technology (ICTs) to improve the socio-economic development of Namibia.

Helene obtained a master in business administration (MBA) through the Edinburgh Business School, Heriot-Watt University in the united Kingdom. She also holds an Honors degree in Statistics from the university of the State, South Africa. Helene lectured at the university of the Free State Between 1991 and 1992 after which she joined the National Planning Commission, Central Bureau of Statistic in 1992. In 1995 she joined the Ministry of Agriculture in the Directorate of planning, from where she moved to the electricity control board until she joined CRAN in 2012 as Head Economic Sector Research. 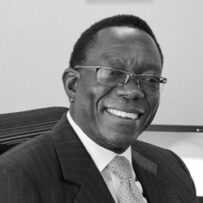 Festus is the Communications Regulatory Authority of Namibia’s Chief Executive Officer and has a track record in various large and notable Namibian institutions and an academic and practical background in Law. In 2008 after almost 10 years as a Legal Advisor in the Attorney General’s Office he made the transition to the ICT industry and has successfully immersed himself in the technical and legal aspects of this innovative sector. Festus is well known and respected within the public as well as in the private sector. He has served through Cabinet appointments on various negotiation Teams ranging from the Presidential Commission of Enquiry: DBC/AMCOM, Government Negotiation Team on the Sales Agreement and shareholding with De Beers during 2006 – 2008, the Millennium Challenge Account (between the Namibian Government and Millennium Challenge Corporation/USA) to heading up the Namibian Technical Team that negotiated the Extradition Treaty with China, among others. His extensive knowledge and wisdom is readily sought by different establishments around Namibia and as a result he has served on various institutional and charitable Boards. Notably, he served as the Chairperson of the Board for the Namibian Diamond Trading Company (NDTC) from November 2012 to August 2014, and again as the Board Chairman of NDTC since April 2016 to date and the Chairman of the Casino Board since May 2015.

Jochen is an accomplished planner, implementer, operational and business development professional with 39 years’ experience in the telecommunications industry. He is passionate about the ICT industry and was instrumental in the set up MTC. He holds a masters Diploma in Technology from the Technicon of Pretoria (now Tswane University of Technology), a Bachelor of Commerce degree from UNISA, and a Senior Management program Certificate from the University Of Stellenbosch Business School. He is an extroverted, outspoken, direct, forward-thinking, strategic thinker with strong interpersonal skills who believes in inspiring people to achieve their objectives through motivation, empowerment and trust. As a firm believer in change as a necessity for advancement, Jochen functions well within a team on various level and in multicultural environments.

Ronel is a dedicated and experienced project management and business development professional with 21 years’ experience in the telecommunications industry in Namibia. She was responsible for various technological and commercial projects from the scoping and planning stages, to completion within specified time frames for both mobile operators in Namibia. She is skilled in completing return on investment assessments, risk assessment, vendor negotiations, resource allocation and project implementation. Ronel is experienced in working with and leading cross-functional teams from technical, commercial and financial areas within young and established organizations.

Katrina obtained a Bachelor of Arts, Communication Science Degree (with distinction) and an Honours Degree, Integrated Organisational Communication from the University of South Africa respectively. In addition, she holds the management development program and project management qualifications obtained through the university of Stellenbosch business school. Katrina has over 15 years’ experience in the field of communication and as a well-known Namibia personality through various positions she held with numerous broadcasting corporation as a radio and television producer and presenter. She served in numerous portfolios as a corporate communication practitioner in sectors such as broadcasting, education, transport and oil and gas. She joined CRAN in March 2015 as Head: communication and external relations and looks forward to maintaining a positive image and reputation for CRAN through various stakeholder engagement initiatives.

Justus has served as a senior finance executive in numerous private and public sectors organizations including but not limited to serving as a banker and lender (project funding), a borrower and generalist business executive. The highly customer-focused Justus has executive experience of more than 25 years in corporate financial management, control and reporting strategic planning, including institutional budgeting and control, general and operations management, investment management, credit risk management, retail banking, relationship banking, key stakeholders, project management with an emphasis on program management, asset management and information technology management. That unique multi-industry, multi-sector and multi-function experience gave Justus the confidence to be a proactive, achievement, high-level problem solving and decision-making skills. Justus obtained a Master of Business Administrative (MBA) with emphasis on financial management, a post-graduate certificate in telecommunication policy, regulation and management, an executive training course in management control system, a Diploma in Project and Program financial management and computer science.

Lucrezia Henckert-Louw is a seasoned Human Capital Practitioner and holds a National Diploma in Human Capital and a Bachelor of Technology degree in Human Resource from the Polytechnic of Namibia. She also holds a Senior Management Development Program qualification, which she obtained through the University of Stellenbosch Business School in the Republic of South Africa. Before joining CRAN in 2012, Lucrezia was employed by the International Training & Education Center on Health (I-TECH), where she served as a Senior Manager: Human Resources. Other previous employers include the polytechnic of Namibia where she was employed for ten years. Lucrezia is passionate about the field of Human Resources and in establishing CRAN as an employer of choice. Her conviction that Human Resources should be an advocate for employees drives her on-going effects to strengthen CRAN’s HR department to ensure all employees are treated fairly and equally, and that needs of the business are balanced with the needs of the employees. “employees of choice are those companies that receive recognition for the way they treat employees; they are the companies for whom people want to work. Becoming an employer of choice means that Human Resources balances recruiting the most qualified applicants, selecting the most suitable candidates and retaining the most talented employees,” she states.

Tanswell obtained a Baccalaureus Juris Degree (December 2005) and a Bachelor of Law Degree (December 2007) through the University of Namibia and he is currently studying towards a Master in ICT Policy and Regulation Degree through the University of Witwatersrand in Johannesburg. He attended the School of Oriental and African Studies at the University of London from November 2005 to February 2006, where he completed a special program of study that focused on a legal system of Africa and Asia. Tanswell served as a member of the Namibia Rugby Union Disciplinary Committee in 2012. He currently serves as a member of the Criminal Litigation Committee and as the Chairperson of the Bursaries and Sponsorship Committee of the Namibia Law Society. He lectured at the University of Namibia in the Law Faculty of the LLB Program on a part time basis from 2010 to 2013. He was admitted as a Legal Practitioner to the High Court in April 2009 and practiced for 4 years as a Legal Practitioner at BD Basson Legal Practitioners. In 2012, he joined PWC Auditing firm as Manager of Indirect Tax, a position he held until December 2012. He was appointed as a Legal Advisor for CRAN in 2013 to January 2015; in February 2015 he was appointed as Company Secretary for CRAN.